Isaak Rion is the vulnerable and sweet Chris in my newest film, “Asphyxia”. We first worked together in my other Bedtime Stories project, “Blissing Deal”. I love how he expressed himself through his characters and wanted to work with him again, so when I started writing “Asphyxia” he was the first person to come to mind to play Chris. I’m glad to share our conversation regarding our work together and let you know a bit more about who Isaak Rion is.

Hi Isaak! Great to be able to chat with you. For those who don’t know you or haven’t seen the films with you, who is Isaak Rion?

Isaak Rion is a young dancer with a passion for connection, kink and wit. I love losing myself in the feeling of another, diving into my sensations and creating sensual situations. Isaak is a performer on stage and screen, a lover to some and a curious body in general. I’m a sex-positive person. I coach and create workshops on sensuality. I’m also part of Objects of Desire, an archive of sex workers’ stories from inside the work. 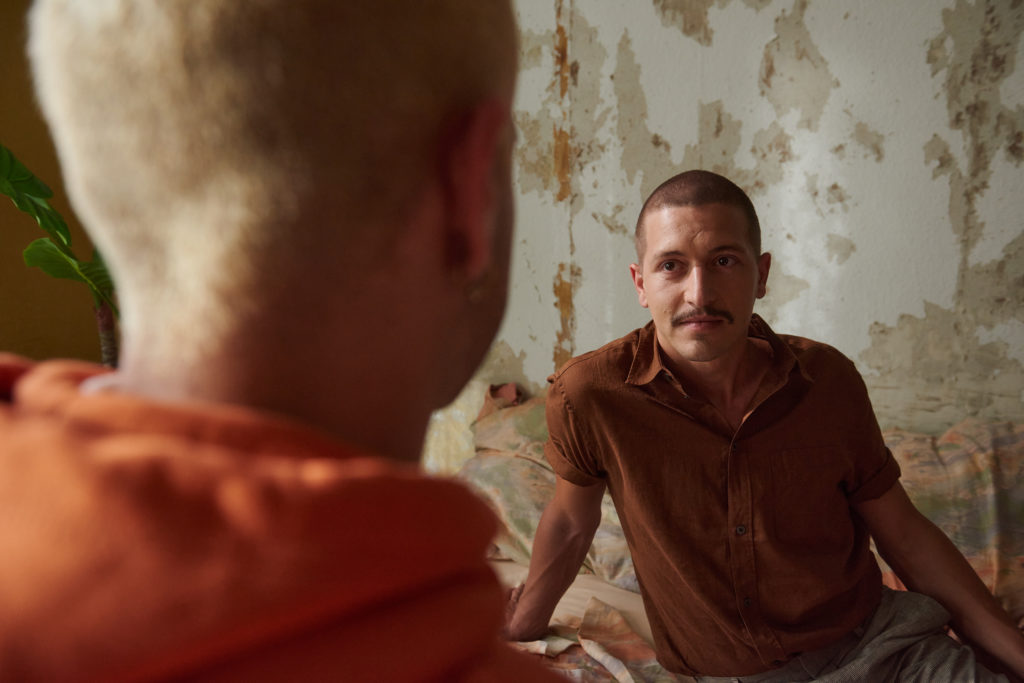 My first scene was with Pigboy Ruben and it kind of happened by accident, after we met through Grindr. But I had already thought I’d like to explore the challenges of having sex for an outside eye (the camera, the audience) while still wanting to fully enjoy and connect with the other person with whom I’m having sex. It’s the same when you’re a dancer on stage: you always try to have a genuine experience, to explore and fully feel what you’re doing, even though you do it for an audience that is on the outside. I kept having the opportunity to do more work by connecting with other performers in the industry; I had a very intense threesome scene in an old train with Eric Videos, several scenes for Crunchboy in Paris and also shot for Tim Tales.

“Asphyxia” is your second film for Noel Alejandro. How was working with Noel again?

Working with Noel brings me closest to this beautiful challenge of experiencing, creating and enjoying sex for an audience, for the camera. His team is very engaged and respectful, the sets are professional, and the films are complex and meaningful. Noel has a poetic way of making his films and engaging with the actors and the natural experiences on set.

You’ve starred in the “Blissing Deal” alongside Sabah, and now in “Asphyxia”. What was different this time around?

In “Blissing Deal”, Sabah and I had to engage much more with words, as the non-sexual scene was longer. The story and setup were less sex-centric, and so was our relation. It was more gentle, curious, and soft. “Asphyxia” obviously has another dynamic; The script was more straightforward, and the work more physical and intense. Just thinking of it, it makes me want to do another kinky scene right away. 😉 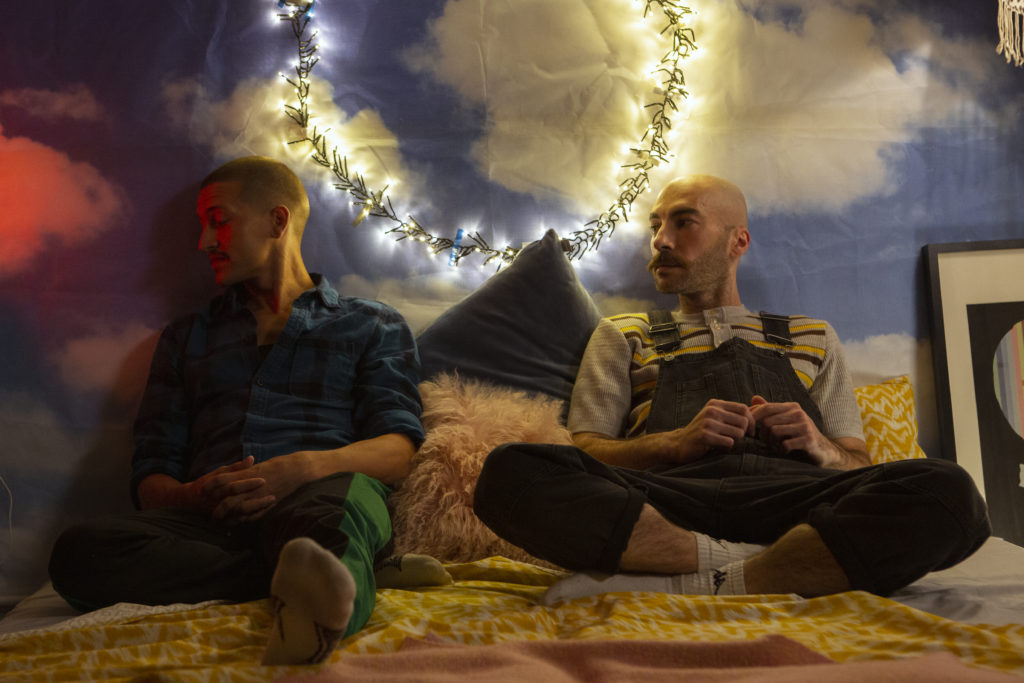 In “Blissing Deal”, Sabah and I had to engage much more with words, as the non-sexual scene was longer. The story and setup were less sex-centric, and so was our relation

You and your co-actor, Rufus Bright, seem to have excellent chemistry in the film. How was the experience of working with him?

Rufus and I are friends. We are much wilder together. We do acrobatics and physical things together, but this was our first scene together. We’re both strong characters and can get very silly with each other. It was interesting to do a scene with someone you know so well; when the camera was on, and the sex was happening, it was crystal clear; we were super present, and I could let go.

I make sure to be socially connected, do lots of physical activity, breathe a lot, and catch any ray of sun possible.

How are you making sure you stay connected to life, especially during these trying times?

That is a big question. I feel the toll on my body and well being by not being in physical touch with many different people – online meetings can’t carry the information a touch does. I make sure to be socially connected, do lots of physical activity, breathe a lot, and catch any ray of sun possible 😉

What’s next for Isaak Rion? Any dreams or aspirations you can share with us?

I’m working on a method for sex coaching which deals with the composition of sex … it’s very thrilling, and I love the exercises we created. I hope that work continues; it’s an amazing group of people. Then I see myself going on a very hot trip which was meant to happen in 2020 … whenever that’s possible. When I hear the word “aspiration”, my mind associates “respiration” and then sweat, and then I’m already thinking of dancing bodies – I think that already tells a lot.

BEDTIME STORIES: NEW RELEASE
“Asphyxia. The last breath is the closest to you” A film on kinky sexual practices

With Isaak Rion and Rufus Bright