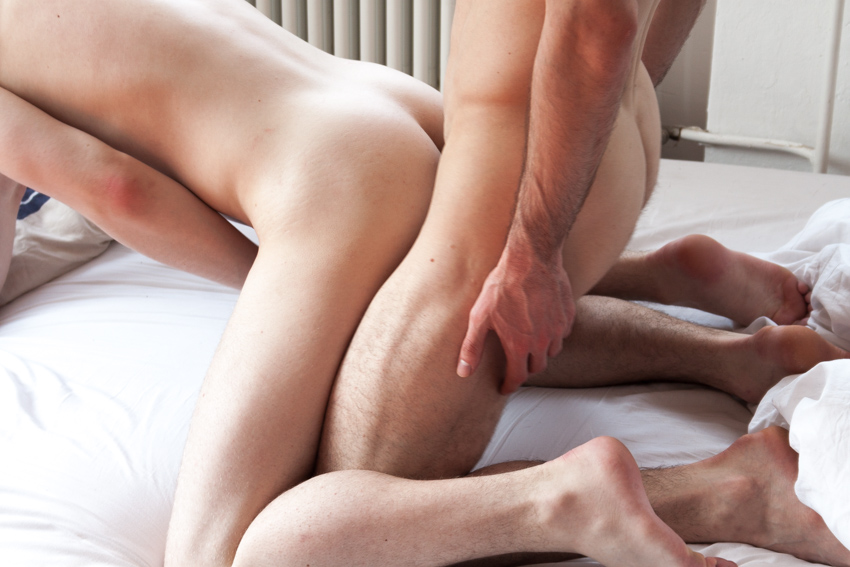 In my films I don’t ask performers to put on condoms. If they want to use it and it fits the script, that’s great, but in general I’ll always look for some free, naked skin touch. Why? Because I’m making pornography, and not a sex education book. Just hear me out before you call me rude.

Main picture is a caption for my next film, still with no title.

No condom? That’s fine. NEW POST ON THE BLOG