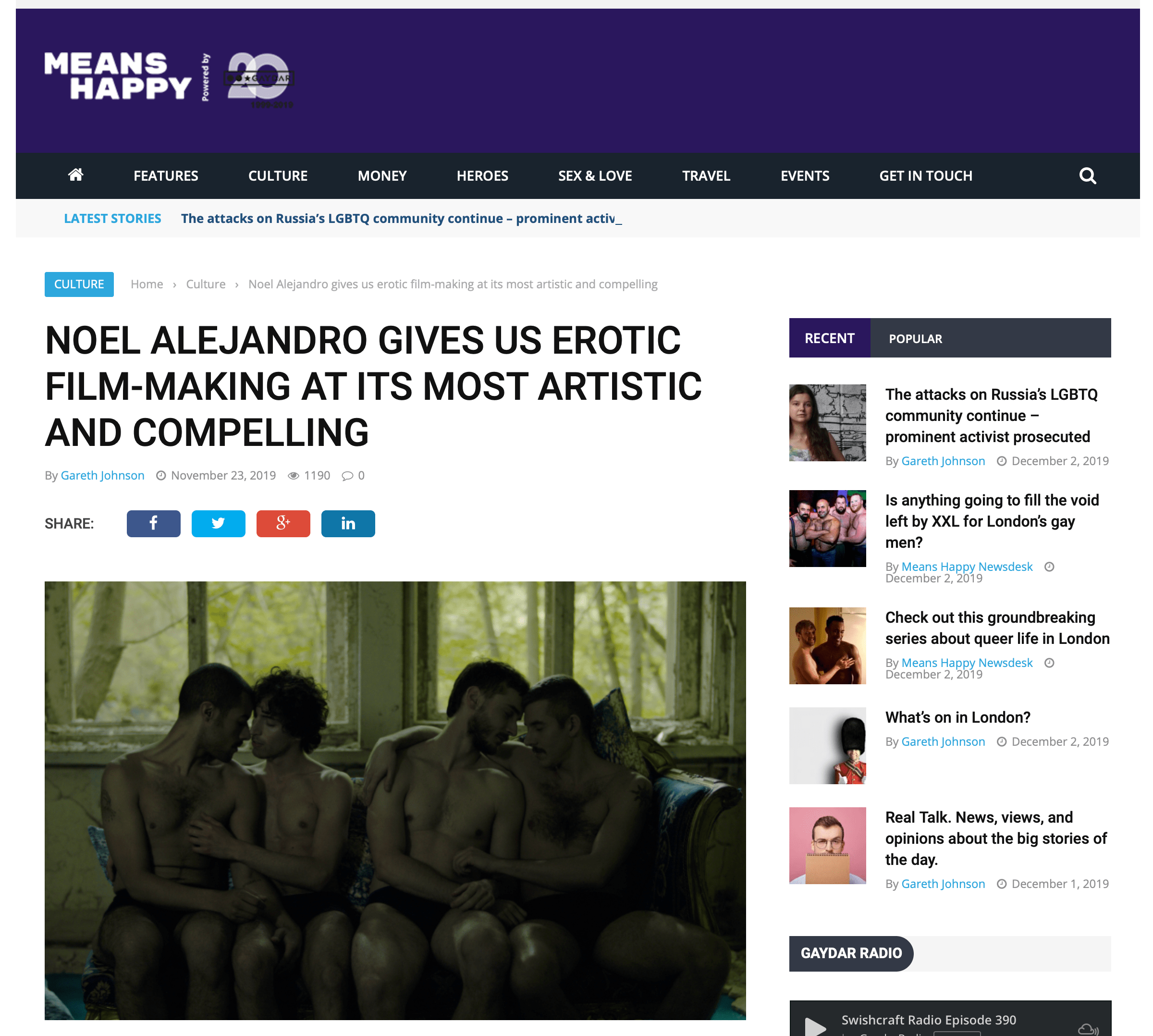 If you’re looking for grown-up gay erotica, it doesn’t get any better than the stylishly sexy work of filmmaker Noel Alejandro.

His latest release is Under The Rain.

Alejandro is a filmmaker and a storyteller, and with this production he’s continuing to explore erotica as an art form.

Drawing on his personal experiences and his perspective on art, ethics, obscenity, pornography, career and ambition, Alejandro gives us a surreal, moody, enigmatic, and arousing piece of work.

Under the Rain stars Valentin Braun, Anteo Chara, Markus Reid, and Enki Babylon. In this story, four men immerse themselves an abandoned building for an art project. Boundaries between fiction and reality are blurred, it’s unclear whether their conversations are scripted or actual. Doubts, fears, ambitions, and passions emerge and needs are satisfied.

There’s plenty of explicit sex, and it all feels very real and very authentic.

Alejandro is originally from Barcelona, but now lives in Berlin – where Under the Rain was filmed.

“I’m in love with this city…” says Alejandro, referring to his adopted. “Everybody just accepts their sexuality – never afraid of being too much. Although the weather is bad, for many years Berlin has been the place to be, and it will be for many years – this is a city with powerful vibes.”

“I think movies should raise problems, questions…” says Alejandro. “Talk about taboos and never limit yourself to anything. A film, for me, is a journey within the psychology and malice of the director. The director has created a work based on a concept that they been growing, modifying, and producing during all the production processes of filming and editing.”

“A lot of women watch my films…” adds Alejandro – who generally works with a predominantly female crew. “?I often have emails from women telling me that they like my work and that they connect with it very easily. That really makes me feel proud of what I’m doing.”

Under The Rain is now available to watch online

We use our own and third-party cookies to offer you a better service. If that's okay with you, just click "Accept all." You can also choose what type of cookies you want by clicking on "Settings". For more information you can consult our Cookies policy
SettingsRejectAccept All
Manage consent