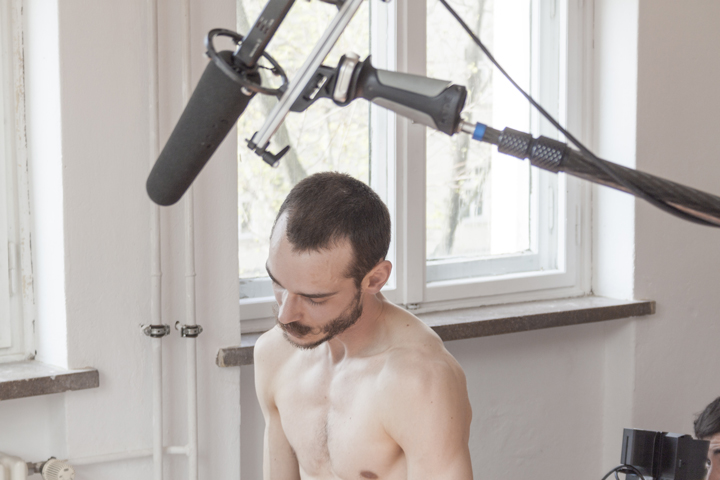 7 golden tips to get you going

Nope, you don’t. Don’t overcomplicate things. One camera is enough to make your film. If your film has a plot and you have the chance, it’d be cool to try and shoot the same scene from more than one angle.

2. What’s the most important thing during a shoot?

The cast, without a doubt. Only work with actors who are 100% into doing it. Run away from those who hesitate, or are on a fence. It’s you who need to be convinced by the actors to perform in the explicit scene, and not the other way around.

3. What is the best time to shoot the sex scene?

My suggestion is to always film the sext first. It doesn’t matter if the shooting takes only one day or if it happens over the course of several days, schedule the sex scene to first moment of the first day. This makes for a better sex scene, as the actors will be more energetic at that time, and it also helps the rest of the scenes as they will feel more relaxed. Tension is good only for the sex: once that’s done, you’ll want to have the cast and the staff focusing in other things.

You don’t. Seriously. The secret to a well done sex scene is that it’s believable and as natural as possible. In order to achieve that, let the actors have natural sex and go for the best shots without interrupting (unless is completely necessary). You can discuss the specific details before the shooting (for instance, you can tell them if the plot suggest a specific position, or if there’s something that is important for the character). Also, make sure the set crowd is controlled: the fewer people there is, the more relaxed and focused the actors will be.

Noel Alejandro is an independent filmmaker and alternative adult films director based in Barcelona. His films shows the irresistible intimacy of love meeting pleasure through beautifully simple, cinematic and natural scenes. All of his films are available for download in Noel Alejandro’s website.