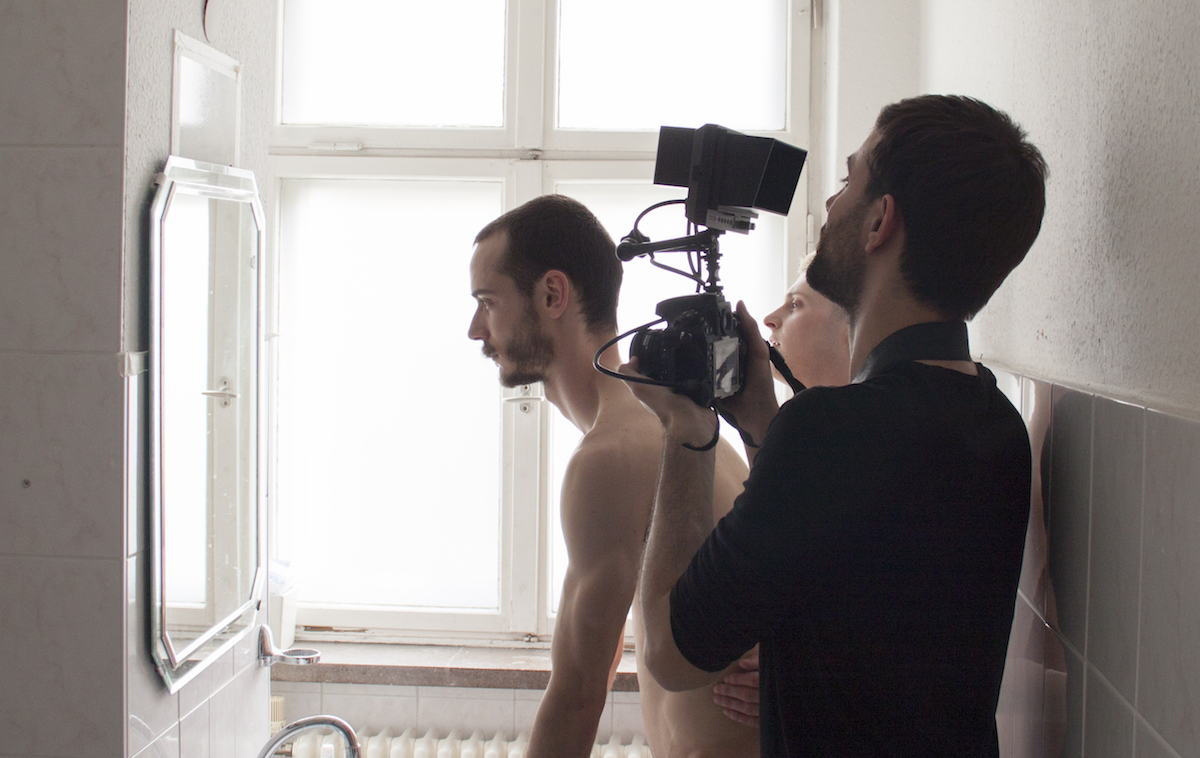 Or camerawoman or any gender of your choice (how long until we replace all this “man” with “person”? Cameraperson, handyperson, salesperson, for Maura Pfefferman’s safe). Anyways, have someone to actually film the movie while you take care of everything else. Sometimes subjective takes (when you do it in first person) can be great for the story and print a much more emotional aesthetic – just make sure that you have someone to help you when deciding to use this method. It’ll make your life much easier.

Lightning was a must on Noel Alejandro’s Trivial

Everyone knows natural light is always my first choice, but sometimes it isn’t an option. In those cases, make sure to have a strong focus to your scenes, or you might end up with a blurred footage – or super dark, which is something that not even the best colorist in the world can fix.

It’s likely that performers will say things to one another during the sex, or in between scenes. Do not cut those lines when you’re editing! There’s a huge value in those, and their verbal expression will make the viewers relate a lot more with the scene. If you think it might confuse the scene, a good option would be not to subtitle it – but always think twice before cutting everything off. Same thing goes for those moments where there’s no explicit sex, they can add a whole significance to the story and you would miss a lot by cutting those.

4. Drink in the “camera-power” moments

Being in front of the camera makes everyone feel empowered. That makes you do things that you wouldn’t normally. And not because you don’t want to, but because you want it too much! So bring toys, accessories, or anything that would help your performers manifest their fetishes. Nipple clips are just the beginning.

Or it WILL end up in someone else’s screen. Although… that would be the real glory, wouldn’t it?