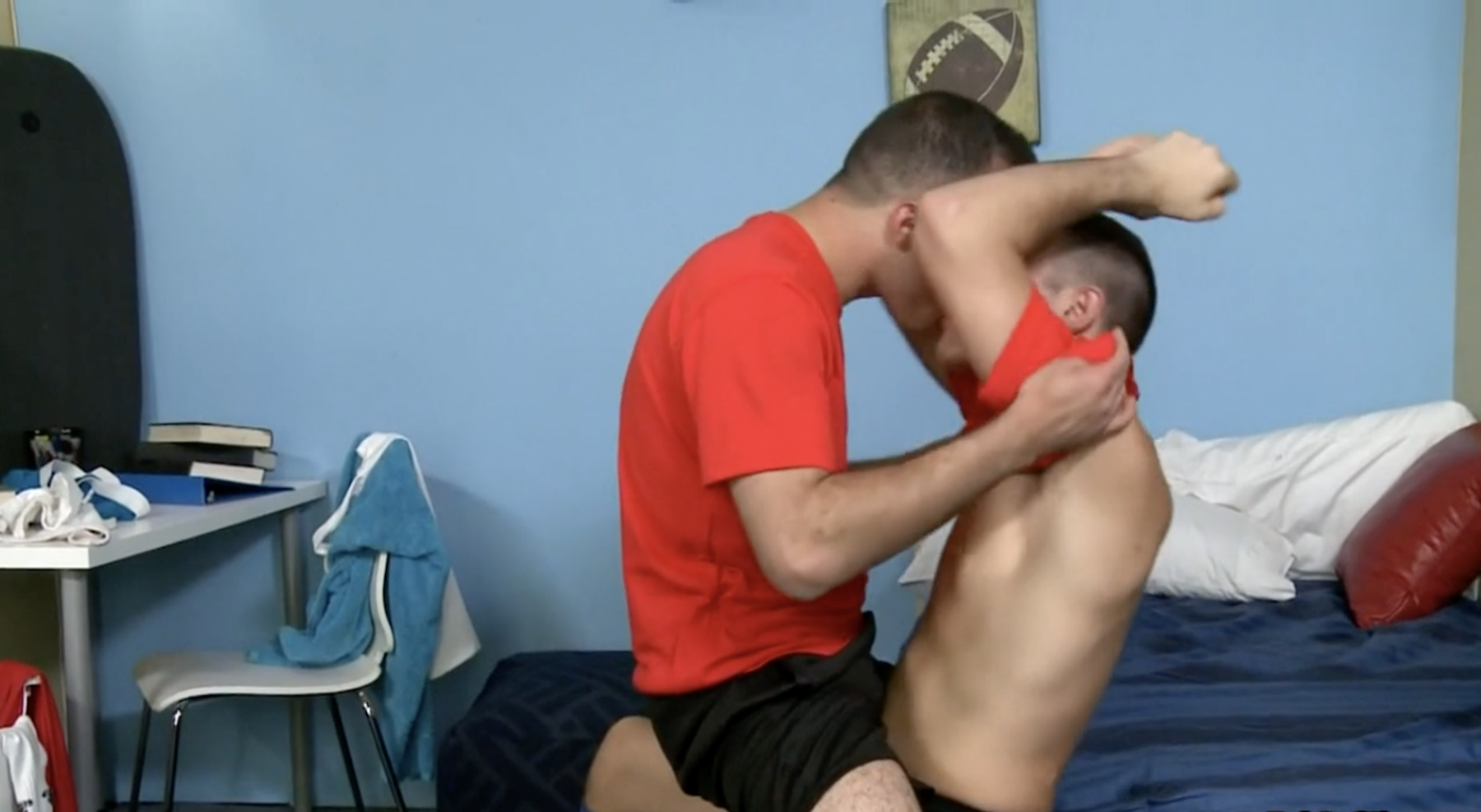 The other day I was talking to a friend of mine about a few clips from the past that really opened the Pandora box to the way I’d understand online pornography. Excited with that flashback I went straight to Google to watch them again, and voila! Even after a few years, they are still true jams.

A few of you must know this film, as it’s became a reference within gay cinema worldwide. In Their Room was an on-going multi-city documentary series about gay men, in their bedrooms. As simple (and brilliant) as that. Travis (whom happens to be a brilliant mind and a wonderful person) did a pretty impressive job in getting all characters so comfortable in being naked in front of the camera. The result is a sensitive mosaic of male sexuality that is so inspiring at the same time as it was groundbreaking.

This video is the closest clip to perfection I could ever think of. It’s so basic, and still so hypnotizing: a guy running naked, and alone. The photography, the soundtrack, the edition, everything is so amazingly synchronized to make perfect sense. Take a look at the long list of festivals it has featured in. Hats off.

Directed by: Not sure

Probably the most mainstream, traditional porny film of this list, but the art direction really captured my attention. What are those colors? Bright t-shirts + bright walls = excited Noel. Also, I really like the way they smile at each other and the playful feeling of the clip. I never really digged into it to find more about the director, and I kind of have a feeling that the clip is about as good as it gets. But still a cool, inspiring clip.

I’ve made 7 films since Hairy, and you can watch them here.